Our medical negligence team was awarded the highly coveted Personal Injury/Medical Negligence Law Firm of the Year at the Irish Law Awards in 2019.

She won Dublin Solicitor of the Year at the Irish Law Awards in 2017.

Rachael is best known for high profile cases involving baby deaths at Portlaoise Hospital and Portiuncula Hospital. She was also involved in exposing breast cancer misdiagnosis in St James’s Hospital in 2018. She appeared on the Prime Time Investigates programme, Fatal Failures in January 2012, having represented Mark and Roisin Molloy in relation to the death of their son at Portlaoise Hospital.

Rachael also appeared on the Prime Time Investigates programme, Under the Microscope, in February 2018 having represented Alison McCormack regarding a cancer misdiagnosis case involving St James’ Hospital. She is regularly interviewed on radio and tv in relation to medical negligence cases and exposés in the Irish health system.

Rachael represents families at inquests throughout the country. She has been involved in many high-profile inquests which have provided much-needed answers to families left behind following the death of a loved one.

She also specialises in professional negligence claims and has successfully represented numerous claimants in relation to claims arising from negligent advice received from solicitors, barristers, accountants, architects, engineers, surveyors, and trustees. She also represents claimants in relation to financial mis-selling and disputes with regards to losses arising from advice provided by a bank or financial institution.

“Dear Rachael, Perhaps it is because you deal with medical negligence and all the grief that so often entails, but I was struck, and appreciated, how you so quickly recognised how distressing the past several years have been for me.”
“Rachael, on behalf of the family I wish to thank you for all you achieved for the family at Mediation. It is a great relief to us all that the case has been settled. We can never thank you enough.”
“Affording me the opportunity for justice in medical negligence Rachael Liston, in succeeding in winning the case – undid a great deal of hurt and ultimately restored my faith in human nature. For that I am very grateful.”

CLARE FLAVIN, qualified as a solicitor in 2009 and is a partner in Liston Flavin LLP, Medical Negligence Solicitors. She specialises in medical negligence and professional negligence.

Clare also advises clients in relation to fatal claims and has represented many families at inquests in the Coroner’s Court, both in Dublin and throughout the country.

Clare understands and appreciates the emotional trauma that clients have endured as result of medical negligence and therefore offers clients supportive specialist advice. She also specialises in providing advice in the area of professional negligence and has been involved in claims arising from the provision of negligent advice by accountants, engineers, tax advisors and solicitors.

Clare was part of the medical negligence team which won best Medical Negligence Law Firm of the Year at the Irish Law Awards in 2019.

“Clare, you were there for me every step of the way, even during the surgical process. Every phone conversation, every email, I felt a genuine empathy and heartfelt care. Yes, I won’t miss life in litigation, but I will miss you.”
“Clare Flavin was totally professional and I always found her to be so approachable and provided regular updates. I am grateful and thankful to her that she led my case to a successful outcome.”
“She updated me on every step and gave her recommendations on every stage to make me feel more confident and decide that what is best for me. Clare Flavin is the BEST lawyer.” 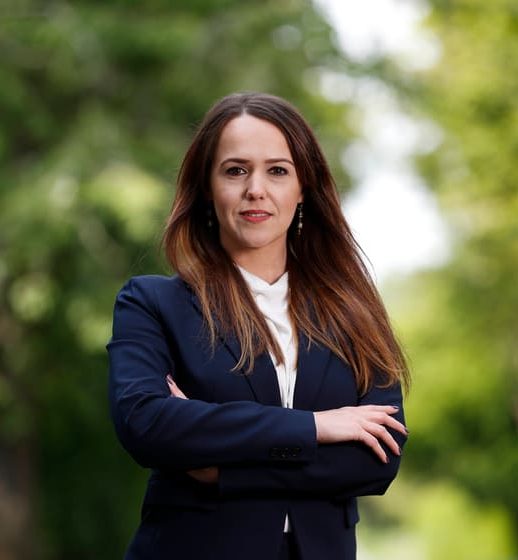 Aoife O’Kane qualified as a solicitor in December 2017, having specialised primarily in plaintiff medical negligence litigation both during her traineeship and since qualification.

Aoife has a wealth of experience advising adults and children in relation to medical negligence claims.

Aoife has represented parents whose children have suffered catastrophic injuries because of a delay in delivering the baby, failure to adequately monitor the CTG trace, inappropriate use of forceps or failure to diagnose hypoglycaemia in a baby causing brain injury or cerebral palsy.

Aoife represents people who have suffered from a spinal injury because of a delay in diagnosing cauda equina or other neurological injuries.

Aoife also specialises in advising women who suffer from gynaecological injuries because of poor medical care and who have suffered from injuries due to failed diagnoses of sepsis.

Aoife is mindful that her clients have been through a traumatic experience and often suffer from serious, long- term injuries because of medical negligence. She is very much aware that pursuing litigation can be daunting for many people and she ensures that she provides clients with the support they need throughout the process.